Inger Skjelsbæk's expertise on gender, and women's experiences specifically, intersecting with war and conflict, and peace and security, is an important contribution to the Centre for Gender Research. 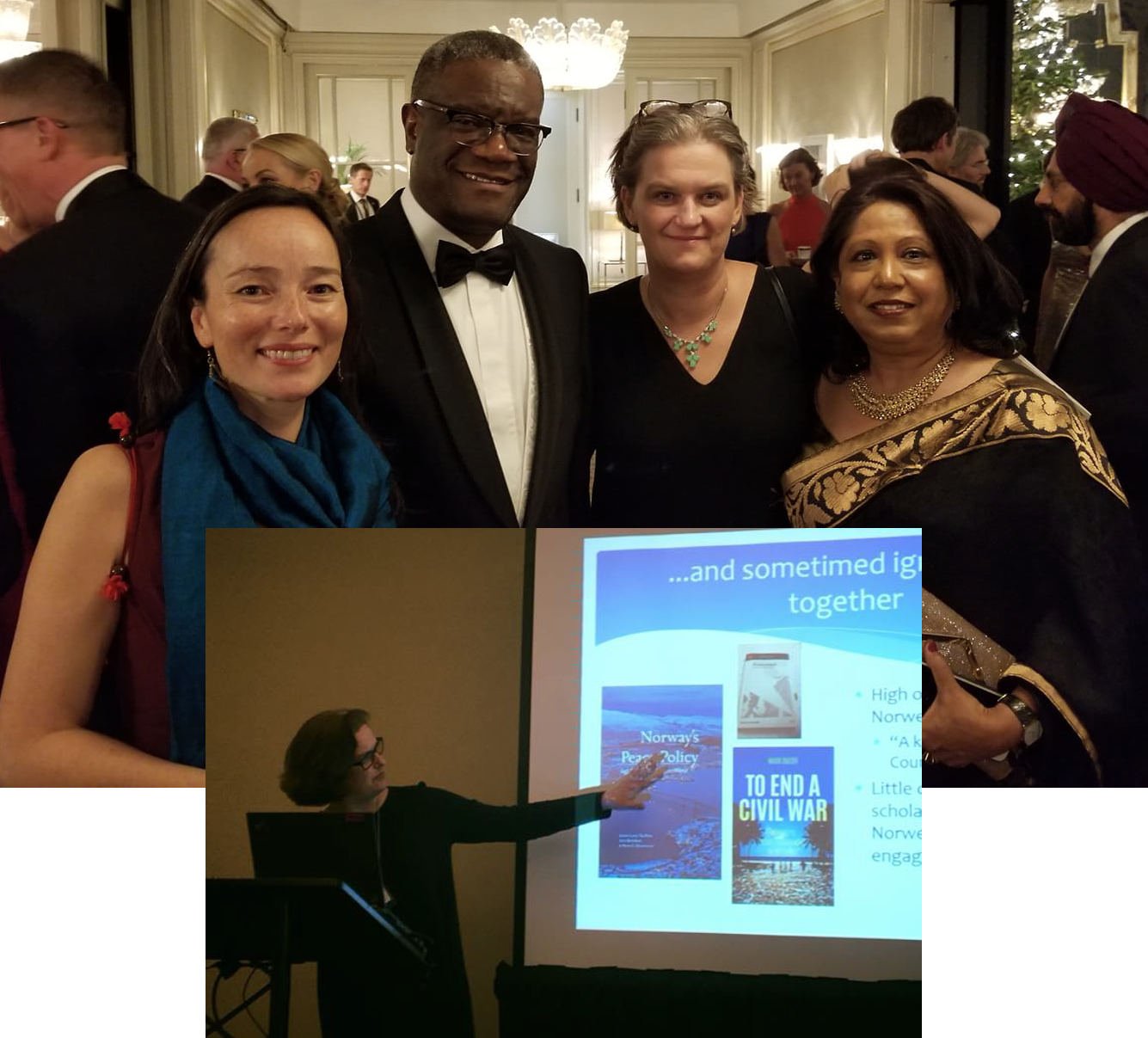 The top picture is from the Nobel Banquet 2018. Inger stands together with, from left, Kim Thuy Seelinger (Director of Sexual Violence Program at Human Rights Center, UC Berkeley), Denis Mukwege (Peace Prize winner) and Pramila Patten (United Nations Special Representative of the Secretary General on Sexual Violence in Conflict). The bottom picture is of Inger in action during a conference presentation in San Francisco 2018.

Inger Skjelsbæk has a background in literature, English and French language from UiO, and social psychology from NTNU where she completed her PhD in 2007. She has been employed as a researcher at the Peace Research Institute Oslo (PRIO) (1995-2015), and played a key role in building up PRIO's research platform on Gender, Peace and Security (GPS). She has also been employed as Associate Professor at the Department of Psychology, UiO (2015-2018). She has been a guest researcher at the Human Rights Center, UC Berkeley (2011-2012), and at the Center for Women, Peace and Security, London School of Economics and Political Science (2017-2019). She still has a 20% position at GPS (PRIO).