Conference explores conceptions of the body in ancient Egypt

Postdoctoral fellow at the Centre for Gender Research (STK) Reinert Skumsnes recently co-organized the conference “Egyptology in dialogue: Historical bodies in relations of comparisons and negotiations” at Emory University in Atlanta, Georgia. 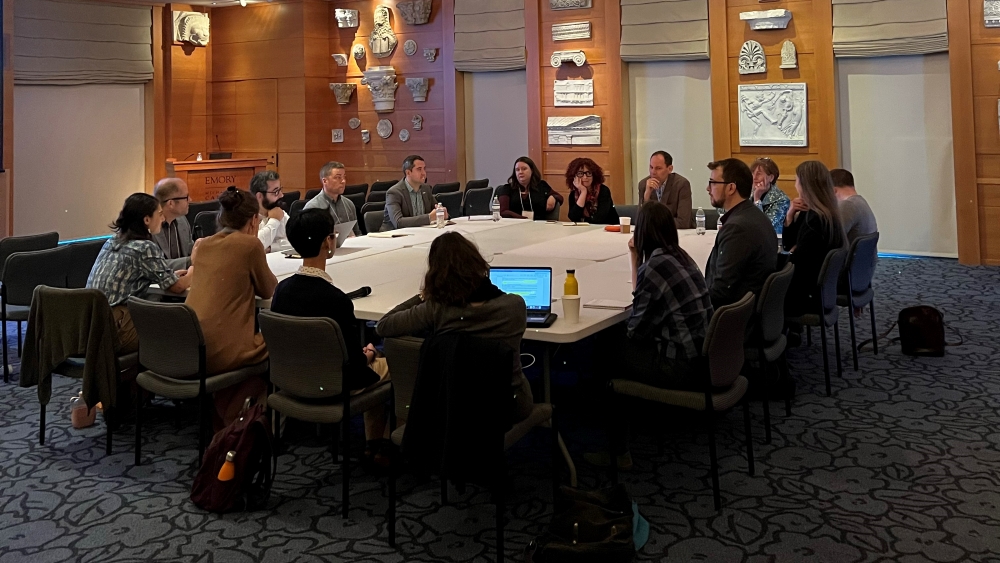 The aim of the conference was to facilitate discussion and theorization of the body, something that remains rare within Egyptology. Photo: the organizers

The conference, which took place between November 3rd and 4th, 2022, was funded by STK and the Research Council of Norway, through Skumsnes’ postdoctoral project Egyptology, feminist theory and alternative worlds: Body/sex/gender in New Kingdom Egypt and their affective environments. Along with Skumsnes, the event was organized by Rune Nyord (Emory), Leire Olabarria (University of Birmingham) and Camilla Di Biase-Dyson (Macquarie University). It was hosted by the Art History Department and the Michael C. Carlos Museum at Emory University.

The aim of the conference was to facilitate discussion and theorization of the body, something that remains rare within Egyptology. Traditionally, Egyptologists have focused on textual, visual, or archaeological details instead of taking part in broader theoretical discussions.

The conference brought together an international team of scholars in a collaborative effort to investigate historical bodies, and to engage in dialogue beyond disciplinary boundaries. It took the form of a 2-day workshop and included public keynote lectures by archaeologist Oliver Harris (University of Leicester) and anthropologist Matei Candea (University of Cambridge).

The conference organizers will edit select papers for publication in a special issue of the journal Interdisciplinary Egyptology, which will be published in 2023.