In April, Niels Nyegaard began working as a postdoctoral researcher at the Centre for Gender Research. By looking at the significance of the homosexual closet in the emerging Danish welfare state, he hopes to nuance existing understandings of the closet as a social mechanism that can only be oppressive and limiting. 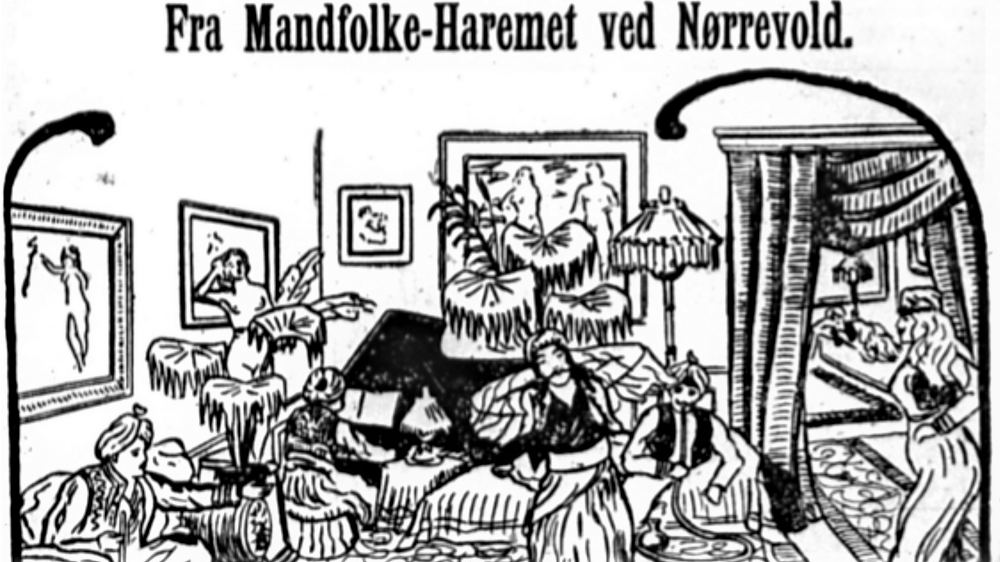 The Danish newspaper Aftenbladet on the 29th of November 1906: The picture depicts a meeting in a so-called "men's club" in Copenhagen in 1906. The club was part of the city's homosexual subculture.

Nyegaard has a doctoral degree from Aarhus University, and defended his PhD thesis Perverse criminals and good citizens: Homosexuality, heteronormativity and citizenship in public life in Copenhagen 1906-11 [Perverse forbrydere og gode borgere: Homoseksualitet, heteronormativitet og medborgerskab i Københavns offentlighed, 1906-11] in 2018. It was for this thesis that Nyegaard won the 2019 KRAKA award, an annual prize awarded by the Society for Gender Research in Denmark for an outstanding contribution to the field. After completing his doctorate, Nyegaard has spent his time teaching and working as a research assistant.

His postdoctoral project has been given the working title The welfare closet: The history and politics of the male homosexual closet in the emerging Danish welfare state, c. 1900-1970. The project focuses on the homosexual closet  –that is to say secrecy around homosexual desire due to the expectation of heterosexuality. The closet has traditionally been understood as an oppressive mechanism that limits and silences the lives and experiences of gay men and lesbian women. Nyegaard's project aims to nuance this understanding by looking at the effects that the closet had in the emerging Danish welfare state.

Nyegaard says that the idea for this project came to him when he was working on his doctorate:

—In my thesis I analyzed the ways in which various Danish newspapers discussed a series of homosexual scandals in Copenhagen between 1906 and 1911. Here, I discovered several discussions in which the possibility of societal acceptance and the legalization of male homosexuality was closely tied to the premise that homosexuality should not be visible in the public sphere, and must not cause offence. In other words, homosexuality was acceptable, provided that it was closeted. I wasn't able to take an in-depth look at these discussions and their consequences in my thesis. However, my  postdoctoral project will allow me to do this.

Building on Michel Foucault’s conception of power, and feminist and queer theory, the project hypothesizes that the closet has historically been a social power structure with both limiting and productive effects. This means that the closet did not just silence and suppress sexual desire between men, it also carved out certain social spaces in the welfare state where that desire was socially acceptable.

By taking a new look at the past, Nyegaard ultimately aims to be able to say something about current norms:

—This projects allows me to make a research contribution in which I can place current forms of heternormativity, as well as the current terms of gay citizenship, in a historical context.