Activism And Its Moral and Cultural Foundation: Alternative Citizenship and Women’s Roles in Kurdistan and the Diaspora (ALCITfem)

ALCITfem investigates how the Kurds, who lack state structures and state institutions, have operated outside of such structures by building cultural and social institutions of their own in the different states of which they are citizens. 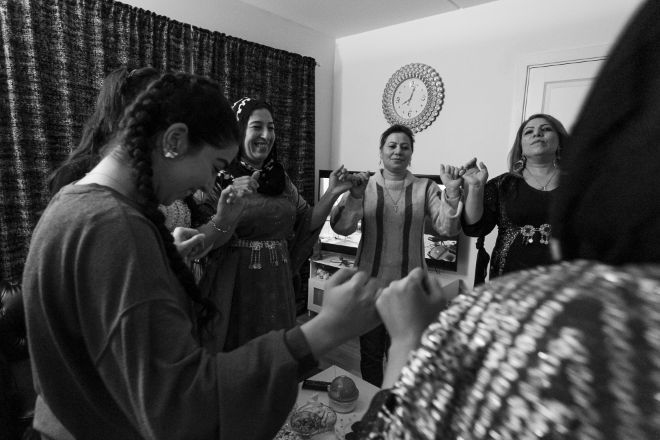 ALCITfem will study Kurdish alternative citizenship by focusing on two deeply interrelated spaces: activism as initiated by women, and its moral and cultural foundations. This will be investigated in four work packages: 1). The representation of women in Kurdish literature and cinema 2). Covert activism of Kurdish women 3). “Doing family” 4). Eco-feminism. The project thus investigates both highly visible as well as more discrete or hidden practices, and, at the same time, investigates how activism is rooted in cultural and moral traditions.

Wendelmoet Hamelink will be working on the second work package, entitled Covert Activism of Kurdish Women: The Image and Affect of Alternative Citizenship, while at STK. This project is based on multi-sited fieldwork combined with media and archival research that will trace, document and analyse a range of small-scale women's initiatives in Kurdistan. It investigates how individual actors remade and re-imagined Kurdishness, womanhood and citizenship, and how this affected their communities.

From conducted interviews in previous research projects, Hamelink learned that many initiatives that women developed on the ground have remained un-investigated and unnoticed by a larger public. This project focuses predominantly on such small-scale initiatives, which are not necessarily related to political parties or larger social movements. That does not mean, however, that they have also remained without affect/effect, both in the sense of emotion and influence.

The work package will offer a new understanding of how, in situations of conflict, oppression and trauma, minoritized communities are engaged in a continuing process of (re)imagining, visualizing, and circulating ideas and feelings about what it means to be a member of the community, thereby affectively producing alternative citizenship. In the case of Kurdish women, this is a double process of remaking Kurdishness as well as womanhood; their alternative citizenship projects are created not only in response to a hostile state environment, but also in response to a patriarchally structured society that has difficulty accepting and accommodating women's empowerment. Additionally, this work package offers a spatial perspective by mapping the different initiatives in the landscape of Kurdistan, by understanding each of them in their specific state,- social and cultural environment, and at the same time by investigating their mutual connections.

The objectives of Covert Activism of Kurdish Women: The Image and Affect of Alternative Citizenship are as follows:

ALCITfem is an interdisciplinary research programme that is rooted in literary studies, cultural anthropology, gender studies and sociology. Methodologically and theoretically, the project combines and connects Humanities with Social Sciences through the cooperation of the following institutes: the Section of Kurdish Studies at the Institute of Oriental Studies (Faculty of Philology) of the Jagiellonian University (JU, Kraków), the Centre for Gender Research (STK, Senter for Tverrfaglig Kjonnsforskning) at the University of Oslo (UiO), the Centre for the Advanced Study of Population and Religion (CASPAR) at Cracow University of Economics (CUE), the Fafo, Institute of Labour and Social Research in Oslo and the Asia and Pacific Museum (Warsaw). 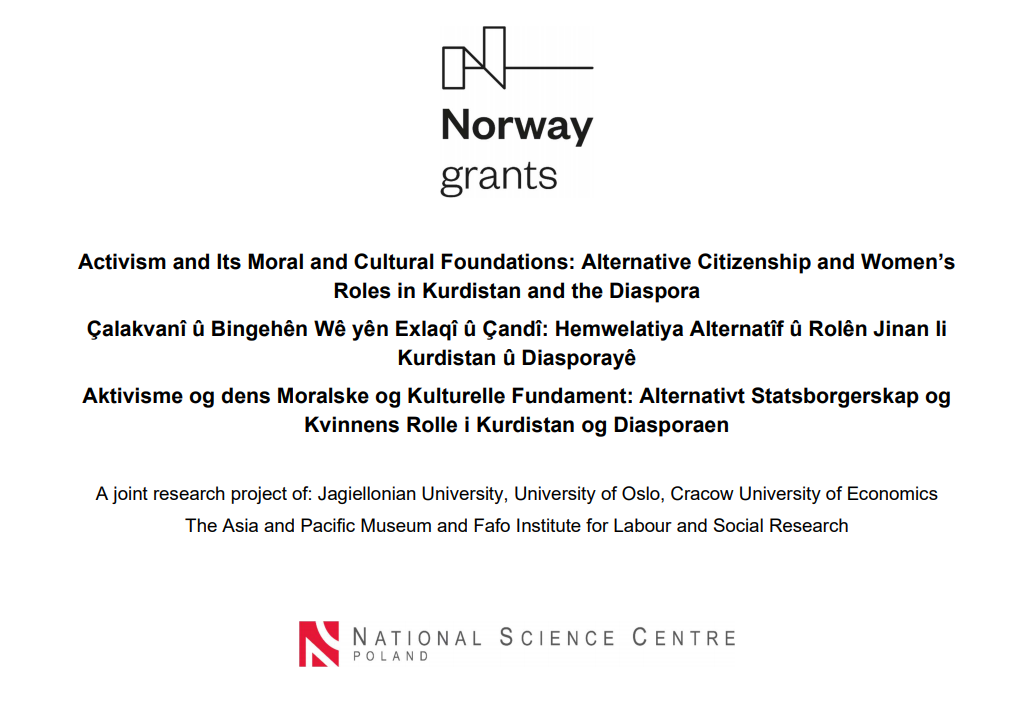