The Centre for Gender Research (STK) is pleased to announce that the EuroWARCHILD project was kicked off on January 20 2022, when the project participants were finally able to meet in person in Oslo. The project is funded through a Consolidator Grant of the European Research Council (ERC) from 2021-2026. 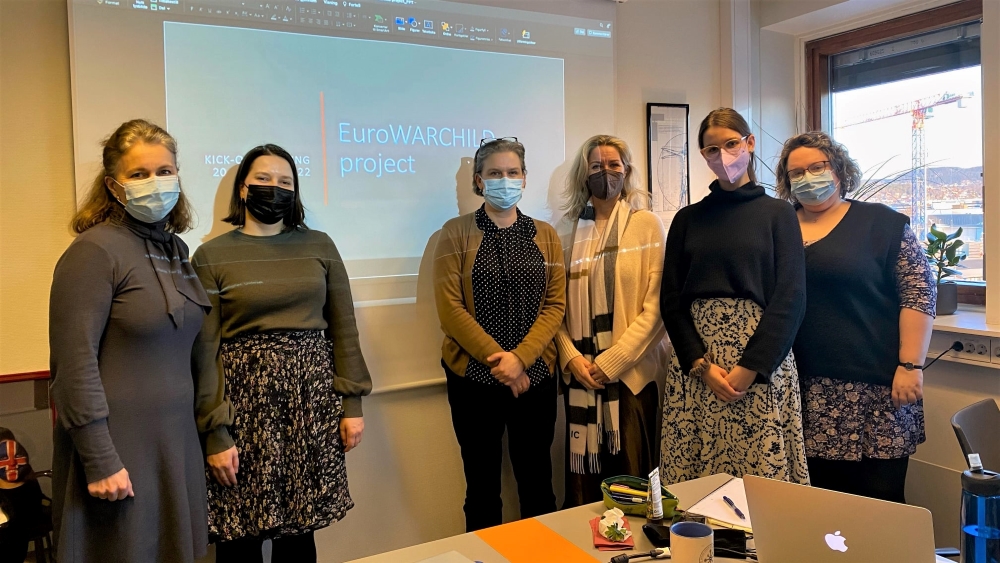 EuroWARCHILD will explore the situation of three generations of children born of war (CBOW) in Europe: children fathered by enemy soldiers during World War II, children conceived through conflict-related sexual violence during the Bosnian war, and children born of European foreign fighters to ISIS/Daesh. CBOW are children born by local women and fathered by a foreign/enemy soldier during and after conflict. These children often risk rejection, shaming, harassment, and isolation.

While children born of war have been silenced for a long time, more recent debates in Europe around children born to European ISIS-fighters are polarized; some argue that socialization of these children will transform them into the next generation of terrorists, while others argue that they must be provided with citizenship in European countries and state protection.  The project will explore the perceptions of children born of war along security narratives. Applying an interdisciplinary approach, the project aims to find out what it entails for these children to be framed as security concerns and seeks to understand what the rights and needs of these children are.

EuroWARCHILD is the first study to comprehensively examine different groups of children born of war in Europe across generations. The project will contribute to theory development, combining interviews and text analyses. The findings could be directly relevant to policy concerns in many European countries today. EuroWARCHILD will contribute to building a better future for the children born of war through studying their situation and disseminating findings to scholarly and policy audiences alike.

Led by Professor Inger Skjelsbæk (University of Oslo and PRIO), the EuroWARCHILD project is hosted by STK, with the PRIO GPS Centre as a collaborative partner. Professor Ingvill Constanze Mochmann (GESIS-Leibniz Institute for the Social Sciences and University of Oslo) and Dr. Torunn L. Tryggestad (PRIO GPS) are researchers on the project in addition to the PhD Researchers Johanne Rokke Elvebakken and Lina Stotz and Research Assistant Sunniva Árja Tobiasen.

There will be an event to mark the official launching of the project on June 2 in Oslo. The programme for this event will be announced shortly.

More information on the project can be found here: EuroWARCHILD