Solveig Laugerud recently completed her dissertation The Legible Rape Victim: How the Disiplinary Discourses Create a New Victim Identity, and among others explore how victims become objects of knowledge in legal proceedings and how victims in these processes create themselves as credible victims. 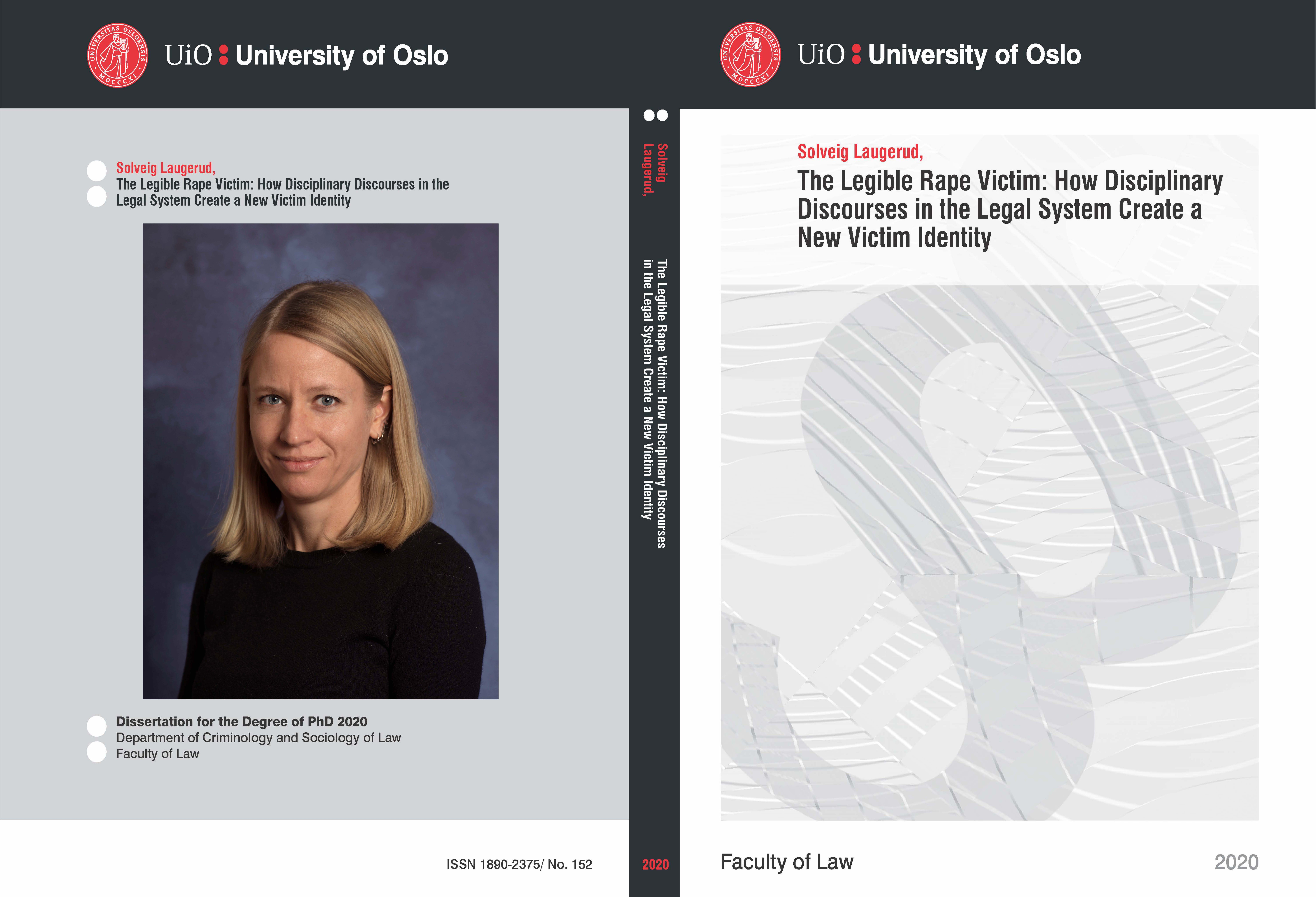 After years of criticism of the legal processing of sexual violence and the legal marginalization of victims, victims have become central stage in the processing of sexual violence. The legal system is not only involved in criminal prosecution, but has increasingly become involved in the care and acknowledgement of victims. Laugerud’s dissertation, which is based on qualitative analysis of legal decisions from the Compensation Authorities and criminal courts as well as interviews with female victims of sexual violence, shows how victims’ changed role in the legal system on the one hand increases victims agency, and on the other hand, increases victims responsibility of the outcome of the case.

Victims at the core of a medico-legal network

In a legal proceeding, the law attaches itself to various experts and institutions to consider the crime of rape. In a rape case, the legal system will particularly attach itself to a hospital based sexual assault center, which completes a medical examination of the victim’s body to collect forensic evidence. Additionally, psychological experts consider whether the victim’s emotional reactions are indicative of psychological trauma. The thesis shows that the rape victim becomes entangled in a network of experts that look for traces of the rape on the victim’s body and mind. This means that the victim simultaneously becomes the object of a scrutinizing, authoritative and normalizing gaze.

Through four articles and an introductory presentation, Laugerud analyzes how rape victims become entangled in a network of experts that discipline their conduct after a rape. If they comply with the experts’ advice and interventions throughout the process, they might be rewarded with a prosecution and conviction. If not, they might lose the opportunity to collect evidence and risk lack of prosecution or an acquittal. The thesis shows that victims have some agency and can act on their case if they play by the rules of the legal game, but risk simultaneously responsibility for the outcome of the case.