Bodies and boundaries in three generations

Article written by Harriet Bjerrum Nielsen in Ageing, the Body and the Gender Regime. Health, Illness and Disease Across the Life Course, edited by Susan Pickard, Jude Robinson. 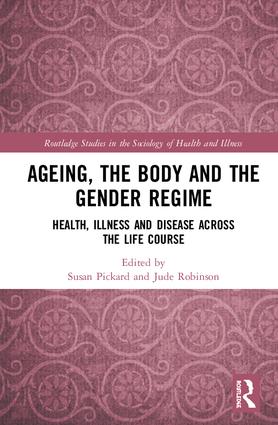 Harriet Bjerrum Nielsen, in Chapter 3, Bodies and boundaries in three generations, takes a generational view of bodies, sexuality and the link with wellbeing. Drawing on longitudinal data collected over a period of 20 years, she investigates the differences between three generations in an attempt to understand the paradox centred on the fact that the third and youngest generation of women (born in 1971 or 1972) in her sample are simultaneously experiencing unprecedented opportunities and also unprecedented levels of stress, depression and bodily dissatisfaction. Investigating the shifting attitudes towards bodies and sexuality over grandparent, parent and child generations, she notes the emergence of a more sexualised self for women with far greater dissatisfaction in terms of well-being. By the third generation, women’s bodies have become significantly more sexualised in a way that is both troubling, in that it threatens their individuality and personhood, and is a reflexive site or project for the expression of agency. Nielsen then makes some speculative remarks about further shifts in the bodily experience of the current generation of young women, a ‘fourth’ generation (who were not part of the original study). She suggests that the reflexive body has now become a far more tormented body and, in contrast to the third generation who toned down gender in favour of individuality, exaggerated gender differences have become part of the definition of success itself. This, in turn, has exacerbated the friction between subject and object highlighted in the work of feminists including Simone de Beauvoir, Susan Bordo and Kathy Davis. Perhaps, she suggests, the #MeToo movement arises from this conflict between the subject and object dimensions of the self to which is added the disparity between a hypersexual culture combined with a trend to greater parental protectiveness of youth.

For more information about the book, see Routlegde.