Passion, care, and eros in the gendered neoliberal university

Rebecca Lund and Janne Tienari’s article ‘Passion, care, and eros in the gendered neoliberal university’ (2019) was recently selected among the Editors’ Picks of articles on Feminism and Organization, published in the journal Organization over the last 20 years. 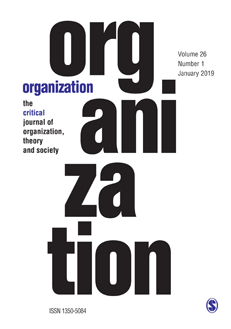 In this article, Lund and Tienari (2019) respond to Bell and Sinclair’s (2014) call to reclaim eros as energy rather than a sexualised commodity, through exploring ‘the relationship between passion, care and eros in the neoliberal university’. Defining eros as ‘longing for learning and making sense of the world, becoming a whole human being, and engaging with others in this pursuit and as actions that interrupt ruling orders’ (p. 99), the authors point to how it is no ‘mean feat’ to experience eros in contemporary, managerialised, surveilled, competitive universities. Eros exists independently of such a workplace: it is ‘manifest as longing ....’ and ‘represents an act of identifying, subverting, and surpassing dominant quality and excellence standards, as well as gender stereotypes and hierarchies’ (p. 99).

This paper employs a feminist standpoint epistemology and institutional ethnographical methods to explore the experiences of junior female academics in local settings. The authors demonstrate the tensions between becoming the ‘ideal’ academic with a secure, tenured position, and the passionate pursuit of those interests that first attracted many of us to an academic career. Career success requires that junior academics be identified as having potential, and potential is equated with ‘a particular form of aggressively passionate masculinity, which thrives on the individualization, intensification, and self-monitoring in neoliberal academic work’ (p. 109). Thus,‘within the neoliberal university, eros in the form of uncontrolled energy and longing has little space to flourish’ (p. 109).

The argument so far is familiar: the managerialised, neoliberal university in exerting ever greater control of academic work is squeezing out what many of us love about our work.

What makes this paper unique is its use of passion and eros. Passion is gendered as masculine, while eros is feminine, although these do not relate to biological sex but to ways of behaving and being (for example, a female can pursue passion, a male eros).

However, Lund and Tienari argue that it is easier for men to practice the kinds of (passionate) masculinity desired within universities. There are consequences. Care can be sacrificed to the pursuit of papers in US journals.

To practise eros is thus to resist.

Resistance may take various forms: pursuing research for its interest rather than its possibility of being published; aiming to publish in journals that may not be highly ranked; writing books and book chapters; or refusing to write in English. That is,

eros implies doing work that does not count but that points the way towards possible different futures. It may involve rejecting valorized forms of writing, to ‘write differently’, and acknowledging emotions and vulnerability.

Eros thus ‘appeared not only as energy but also as longing for knowledge, growth, and engagement with others in the pursuit of harmony between the sense of academic self and action’ (p. 112). It challenges managerialism’s rule. Lund and Tienari thus do academics a great service by showing that the pull towards eros that many of us experience is not unusual and does not render us odd. It may, indeed, be the norm, albeit a norm currently smothered under the suffocating weight of the blanket of neoliberal managerialism.

Read the full introduction and overview of the Editors' Picks.

Read the full article of Lund and Tienari.