Donor States Delivering on WPS: The Case of Norway

Inger Skjelsbæk and Torunn L. Tryggestad have contributed with a chapter for The Oxford Handbook on Women Peace and Security (eds. Sara E. Davies and Jacqui True). 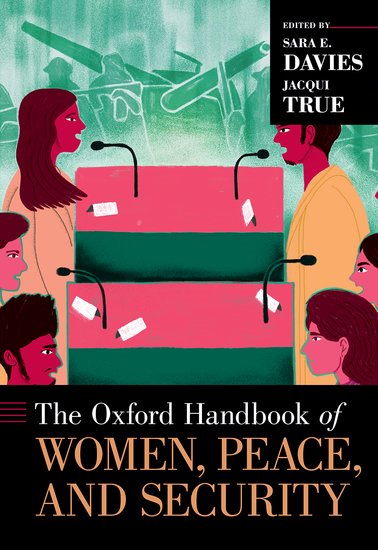 Photo: Cover The Oxford Handbook on Women Peace and Security

Since the adoption of UN Security Council Resolution 1325 on Women, Peace and Security in October 2000 Norway has been a staunch supporter of its implementation. Over the past decades Norway has provided considerable normative and financial support to the UN system and civil society organizations involved in implementing the Women, Peace and Security (WPS) agenda. Yet, Norway’s role as norm entrepreneur on WPS dates back to the mid-1990s and efforts at mainstreaming gender in UN peacekeeping policy and planning. Internationally Norway is often perceived as an altruistic actor when it comes to promoting normative agendas such as WPS. We argue, however, that Norway’s engagement in WPS is also about interest politics. By exercising normative power in the WPS issues area, Norway has reinforced its standing in the international community of states and has been given a platform for addressing more pressing issues of national interest.