Tove Pettersen has published the chapter "Simone de Beauvoir and the 'Lunacy Known as "Philosophical System"'" in the book Methodological Reflections on Women’s Contribution and Influence in the History of Philosophy (eds. Thorgeirsdottir and Hagengruber). 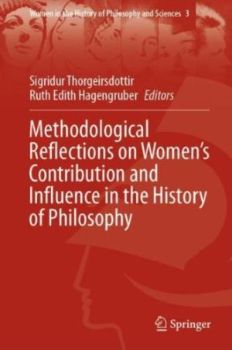 Tove Pettersen explores why Simone de Beauvoir was been neglected as a philosopher, and also why she denied calling herself a philosopher. One important reason is, Pettersen argues, the collision between her gendered experiences and the male-dominated philosophical tradition. This antagonism compelled her to transcend the discipline’s boundaries and developed what later has been viewed as an original philosophy, but it also alienated her from the philosophical mainstream. It propelled some methodological obstacles that can shed light both on why she was excluded from the history of philosophy, and also why she denied being part of this tradition. Studying the characteristics of her philosophy may also reveal challenges women still face when doing philosophy, as well as the prejudices and methodological obstacles preventing them to gain their rightful place in the history of philosophy.