"Collective Voices and the Materialisation of Ideas: The Monster as Methods"

As part of the Monster Network, Sara Orning (STK) has published the chapter "Collective Voices and the Materialisation of Ideas: The Monster as Methods" in Monstrous Ontologies: Politics Ethics Materiality. 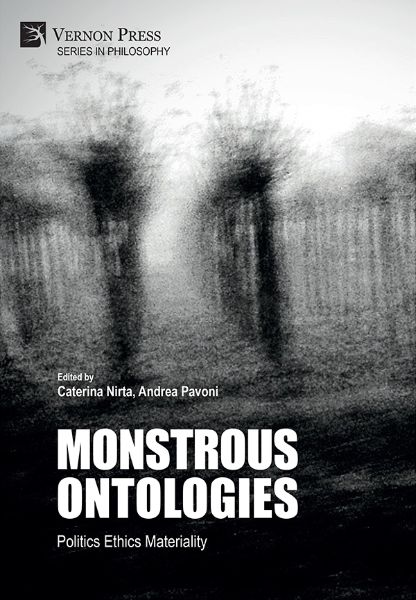 Where do ideas come from? How are certain ideas and stories reproduced and maintained, whereas others end up marginalised, untold or unheard? And how can the monster lend itself as a thinking tool for grappling with unruly origins, entangled thinking and haunting concepts? In this chapter we explore the monster as methods, that is, as a means for rethinking and reimagining how the tools we use to know and communicate the world also actively shape it. We are of course not the first to suggest that methods make worlds (Haraway 1997; Smith 1999; Law 2004; Braidotti 2019; TallBear 2019), but by thinking the performativity of methods through the figure of the monster, we hope to practise a creative as well as critical methodological tool that incorporates the boundary-crossing and disruptive characteristics of the monster as well as its relationship with marginalised knowledges. We are inspired by feminist, queer and decolonial politics of knowledge production, where questions of power, voice and visibility are at the foreground (Anzaldúa and Moraga 1981; Spivak 1988; Crenshaw 1991; Harding 1991; Mohanty 1984; Haraway 1988; hooks 1989; Muñoz 1999; Ahmed 2004, 2010 & 2017; Butler 2004a & b; Puar 2007). Marginalised voices and bodies are often relegated to the realm of the monstrous, in the sense that they are deemed untruthful, ‘abnormal’ or unreliable, and therefore these legacies are important to our thinking about the monster and methods. By engaging with and questioning conventions of and practices for knowledge production, our monster methods engage with what it means to write, produce and think collectively while acknowledging multiplicity and difference.

Read more about the book here