New Book Project on the History of Norwegian Gender Studies

Tone Brekke and Sunniva Árja Tobiasen at the Centre for Gender Research (STK) have started work on a book project about the history of gender research in Norway. Through interviews with central figures within the field, the book will give unique insights into the development of gender research between 1975 and 2010. 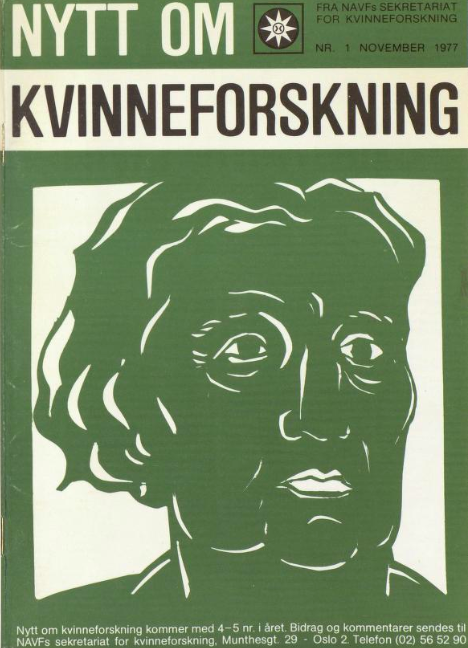 The history of gender research as a discipline in Norway has not been afforded sufficient attention. This book project aims to tell the story of Norwegian gender research on the basis of interviews with central academics within the field, as well as through looking at various academic publications, relevant reports, and newspaper articles. The wide range of existing source material will provide a rich basis for our interviews.

A generational shift is currently occurring within Norwegian gender research. Accordingly, time is of the essence when it comes to this project. Many of those who were central to the founding of gender research as a discipline in Norway have now reached retirement age, with some transitioning into positions as Professor Emerita/Emeritus. Some have left academia, and others have passed away. Interviews with those who contributed to establishing and developing gender research in Norway will offer new insights into the early stages and the interdisciplinary development of the discipline.

The period covered by this book stretches from approximately 1975, which was also declared the International Women’s Year by the United Nations, to 2010. A question that we would like to discuss towards the end of the book is whether the academic debates circulating in 2010 predicted anything about the current status of gender research. Today, we see that gender research has been banned in some countries. Globally, gender research has become a chip in a polarized ideological battle. Although Norwegian gender research can be viewed as a success story, the field is currently experiencing a backlash. How can we talk about success when there are such dark clouds lurking on the horizon?

In the project’s first phase, we will be focusing on the early days of Norwegian women’s studies, between 1975 and 1982. The emergence of women’s studies was a result of three factors that were separate, yet also intertwined: the contemporaneous political climate, developments within research policy, and the women’s movement. These factors emerged in a specific context, both nationally and internationally.

During this period, two major social surveys made it clear that there was a distinct lack of knowledge regarding the lives and experiences of women. The national mappings of power relations and living conditions, the Power Investigation (NOU 1982) and the Survey of Living Conditions (NOU 1976), revealed this lack of knowledge. They have since been described by the social anthropologist Nina Gornitzka (1997) as a challenge to existing research on women within the field of social studies, and as a “call to arms” for change. The International Women’s Year was also a central event that highlighted challenges that women were facing, as well as the issue of women’s rights. In the Norwegian Parliament, female politicians like Torild Skard (Parliamentary proceedings, 1975) emphasized the need for greater knowledge regarding women and equality, and they used the International Women’s Year to put women’s studies and female researchers on the agenda. 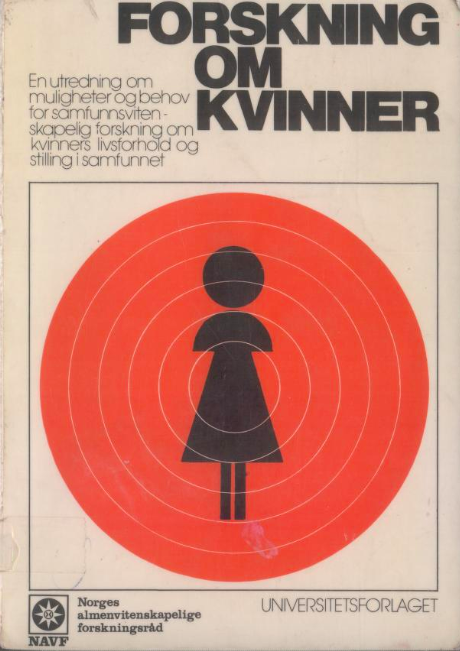 Changes to research policy in the late 1960s and early 1970s were also an important backdrop. Within research policy, a new discourse focused on research that was practical-political, and relevant and useful to society. There was a clear emphasis on interdisciplinary, collaborative research, as opposed to discipline-based approaches. This reframed the social contract between researchers and society, which in turn created an opening for the emerging field of women’s studies and gender research. For the Norwegian Research Council for Science and the Humanities (NAVF), the International Women’s Year made it possible to shine a light on research on women. Different disciplines had different methods of development and organization. This had consequences for the further interdisciplinary evolution and the connections between research policy and the researchers who were interested in issues relating to women and gender. While the emergence of women’s studies was an international trend, researchers within the social sciences focused mainly on themes relating to the Norwegian context.

The Secretariat for Women’s Studies was established in 1977. This was the result of a suggestion made by a committee selected by the Social Science Research Council (RSF), part of NAVF. The committee’s work and suggestions were later published in book form, as Research on Women [Forskning om kvinner] (1976). Hanne Haavind, who worked as a university lecturer at the time, led the committee:

The book will contain interviews with a wide range of current and former researchers and contributors to Norwegian gender research or research that takes gender into account. These people belong to different fields and disciplines, and represent both their own fields and interdisciplinary research. The book will therefore be relevant to, and have a basis in, various fields of study, with an emphasis on interdisciplinary cooperation and challenges. Examples of these fields include: philosophy, sociology, literary studies, political science, history, psychology, theology, social anthropology, law, and medicine.

When the world came to a standstill earlier this year, our interviews had to be put on hold. In early summer, we were finally able to proceed. Up to now we have done interviews with Hanne Haavind, Else Wiestad, Gro Hagemann, and Karin Widerberg. Our plan is to interview between 15 and 20 people. The book will have a national perspective and include interviews with people connected to the universities in Oslo, Bergen, Trondheim, and Tromsø. The various research environments at the major universities and the regional colleges have been central to the establishment and development of Norwegian gender research since the 1970s.Our preliminary conversations with our interviewees have revealed a great deal of dedication, both to their own personal contributions and to the project as a whole. As part of the aim of the project is to document the stories being told, we have made video and sound recordings of our interviews. This material can then also be used for further research, teaching, and communication.