Conference and new book look at gender equality within academia

The 8th of November saw the 2021 FRONT Conference, and the launch of the book Gender Equality in Academia – from Understanding to Change, edited by Øystein Gullvåg Holter (STK) and Lotta Karin Snickare (UiO/ KTH Royal Institute of Technology). 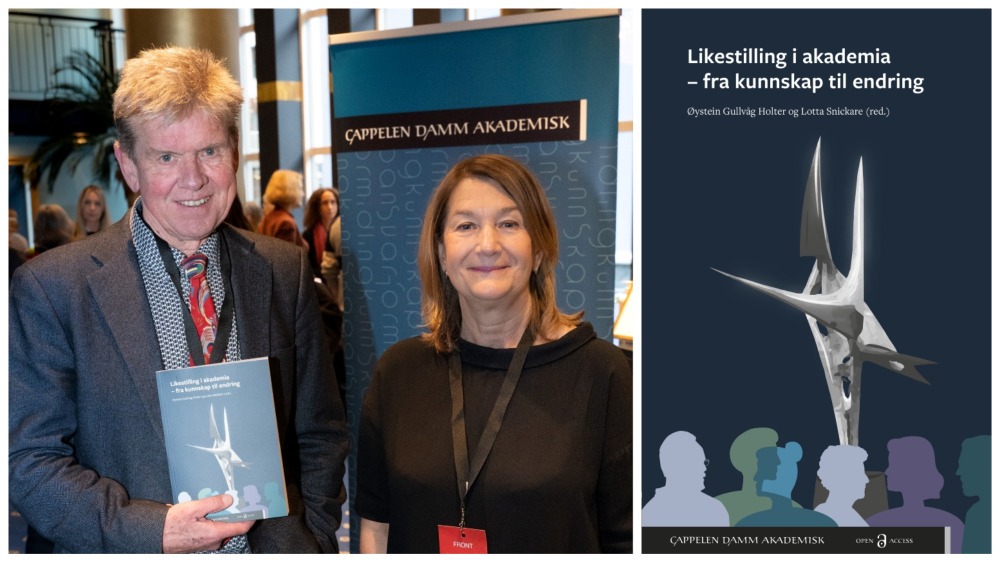 About the FRONT project

The proportion of female students in Norwegian universities and university colleges is not reflected in the number of women in senior positions within academia. This disparity is particularly noticeable within fields such as the natural sciences and technology. What prevents women from attaining the top jobs, and how might it be possible to achieve greater gender balance within academia?

At the FRONT Conference 2021, a number of esteemed academics and experts gathered to discuss precisely these questions. The conference was led by Solveig Kristensen, dean of the Faculty of Mathematics and Natural Sciences (MN), UiO.

A central part of the conference was a book launch for Gender Equality in Academia – from Understanding to Change. Øystein Gullvåg Holter, professor emeritus at the Centre for Gender Research (STK), and Lotta Karin Snickare, who has been affiliated with STK during the project period, have edited the book.

The book presents the results of the FRONT project’s research and equality measures at MN. The researchers have looked at the state of gender equality at the faculty, possible causes behind gender inequality, as well as the effects of specific measures aimed at improving gender equality.

An important finding in Gender Equality in Academia – from Understanding to Change is that inequality is not necessarily down to individual instances of differential treatment, but that such instances have a tendency to build up and have a cumulative effect. Holter and Snickare found it particularly rewarding to take part in a project where they did not just describe a situation and make recommendations, but were able to follow, evaluate, and adjust measures as they were put into practice. Through a combination of knowledge and measures, the researchers hope to find ways of counteracting gender imbalance within academia.

At the conference, Kristensen emphasized STK’s role in establishing the FRONT project, and mentioned Professor Emerita Beatrice Halsaa and Senior Lecturer Sara Orning as important contributors during this phase. Centre Director at STK Inger Skjelsbæk was also among the speakers at the conference, and gave a talk about gender equality as a competitive arena.