The ERC-funded EuroWARCHILD project has brought three new researchers to the Centre for Gender Research this semester: doctoral researchers Johanne Rokke Elvebakken and Lina Stotz, as well as Ingvill Constanze Mochmann, who will hold a part-time position as Professor II at STK. 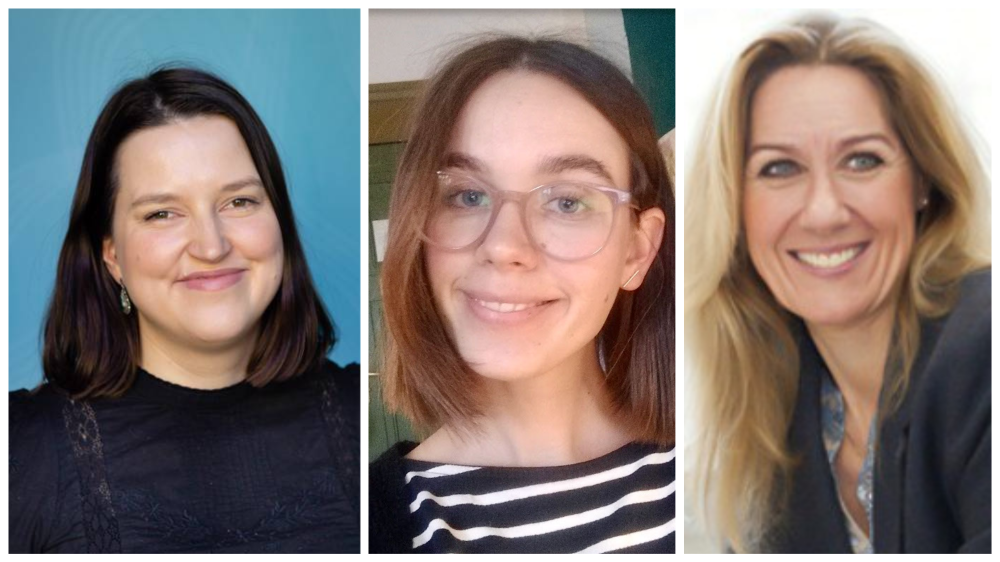 The EuroWARCHILD project aims to explore the experiences and needs of three generations of children born of war in Europe: children fathered by enemy soldiers during World War II, children conceived through conflict-related sexual violence during the Bosnian war, and children born of European foreign fighters to ISIS/Daesh. The project is led by Professor Inger Skjelsbæk (STK).

As of the Spring semester of 2022, Skjelsbæk will be joined by three other EuroWARCHILD researchers at STK.

Doctoral researcher Johanne Rokke Elvebakken will study the securitisation of children born of war and the mobilisation of these children in Denmark, Kosovo and Norway. Elvebakken’s academic background is in International Relations, and she holds a Bachelor’s degree from Durham University and a Master’s Degree from the Norwegian University of Life Sciences (NMBU). Her MA thesis dealt with the main contestations of the Women, Peace and Security agenda within the Norwegian expert community.

Before coming to STK, Elvebakken worked as a coordinator at the PRIO Centre on Gender, Peace and Security (PRIO GPS), from 2019 to 2021. In this period, she was also the PRIO and Norwegian point of contact for the Nordic Women Mediators (NWM) network.

Doctoral researcher Lina Stotz will be focusing on the role international law plays in the desecuritisation of children born of war in relation to Germany, Sierra Leone and Northern Iraq. Though she will mainly be based abroad during her doctoral studies, she plans to visit Oslo and STK regularly.

In addition to her academic background, Stotz has broad practical experience of having worked with victims of sexual violence and with children born of war, as she is a board member of the Children Born of War Project, and was section manager on domestic and sexual violence at Terre des Femmes, policy advisor at the Society for Threatened Peoples and trainee at the Women’s Initiatives for Gender Justice.

Professor Ingvill Constanze Mochmann is a partner in the EuroWARCHILD project, and will hold a part-time position as Professor II at STK. She is also head of the Research Gateway EUROLAB at GESIS-Leibniz Institute for the Social Sciences in Cologne, Germany. Mochmann was appointed professor of International Politics at the Cologne Business School (CBS) in 2010 where she also served as Vice-president for Research and Knowledge Transfer from 2013-2018. She has been an honorary professor at the CBS since 2019. Mochmann graduated in comparative politics, economics and German at the University of Bergen, Norway, and Friedrich-Wilhelm-Universität, Bonn, Germany. She holds a doctorate in political science from the University of Giessen, Germany and a habilitation in social sciences at the University of Cologne, Germany.

Mochmann has been highly engaged in developing the research area of Children Born of War in the last 20 years. She founded the "International Network for Interdisciplinary Research on Children Born of War " (INIRC-CBOW) in 2008 to generate more knowledge about children born of war. The aim of the network is to promote the needs and rights of children born of war by improving evidence-based policy implementations and advising stakeholders on the topic.

Off to a flying start

The EuroWARCHILD researchers have wasted no time in getting started. The project was kicked off in January, when the project participants were finally able to gather in person at STK. The research itself is also underway, as last week saw the project’s first interviews with children born of war in Oslo.

–I am extremely pleased with this research team, and to be able to get the EuroWARCHILD project off the ground with such competent and engaged scholars, says Inger Skjelsbæk, who leads the project.

There will be an event to mark the official launching of the EuroWARCHILD project on June 2 in Oslo. More details about this event will be announced shortly.