What role do gender, equality, and diversity play in the Nordic security forces?

Ulla-Britt Lilleaas (STK) has been working on the NordForsk-financed project Gender Equality, Diversity and Societal Security since 2018. This project has explored how increasing levels of diversity in the personnel of Nordic security forces relate to changing perceptions of trust and security, both within these organizations and in their broader interactions with society. 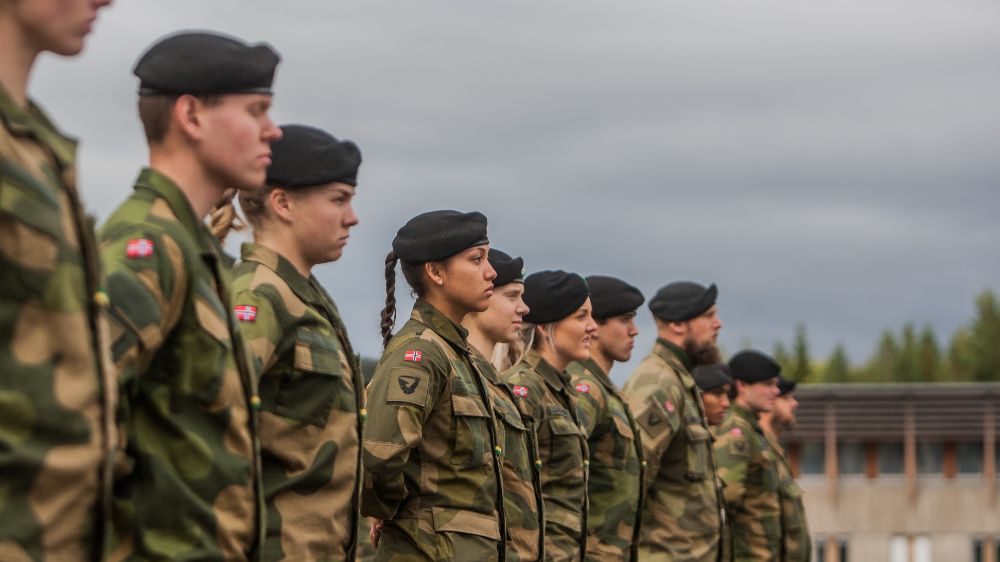 In their study of the Armed Forces, the researchers found that gender-mixed teams tended to reproduce a traditionally gendered division of labour. Illustration photo: Frederik Ringnes / Forsvaret

Lilleaas, who has been a guest researcher at the Centre for Gender Studies (STK) during the project period, has worked together with Dag Ellingsen (OsloMet/The Norwegian Police University College) and several other researchers in the Nordic region (see fact box). The research team has combined empirical studies from Norway, Sweden, Denmark, and Finland that have looked at the emerging Nordic security model, in which gender equality and diversity are becoming steadily more important, both when it comes to policy and in working life within the security organizations.

On September 14, the project held a conference to mark the conclusion of this research. Here, researchers and representatives from the security forces, including Police Commissioner Benedicte Bjørnland, gathered to discuss the role that gender, equality, and diversity play in the Nordic security forces. STK was represented at the conference by both Lilleaas and Centre Director Inger Skjelsbæk.

At the conference, Lilleaas and Ellingsen offered some highlights from their findings. Here, we offer some of these findings, as described by the researchers themselves.

The study of the Armed Forces

The Norwegian part of the project has consisted of two studies, one of which focused on the Armed Forces. Here, we looked at how soldiers doing their compulsory military service worked together in gender-mixed teams, and to what extent the gender balance in these teams has led to the teams solving problems in different ways.

The gender-mixed teams we have followed are responsible for security surveillance along the northern border of Norway. The soldiers live and work together in cabins and towers for long periods of time, with little direct control from their superiors.

We have interviewed 10 women and 13 men doing their compulsory military service, as well as their closest leaders. We have then worked our way up the system, speaking to officers at various levels, as well as those at the highest levels of the organization.

Women are a minority among the border soldiers, and the teams usually comprise one woman and three men, who all have different formal roles. The team leaders are usually men, while the women are generally medics.

The female soldiers are described as analytical, cooperative, and skilled at planning and problem-solving by their leaders. Their social skills are highlighted as being an important part of the soldiers’ teamwork. The women also tend to be as physically strong as their male counterparts.

Even so, women are seldom made team leaders. This might be because women struggle to gain legitimacy among their male colleagues. They are therefore forced to accept being a minority linked to stereotypical opinions on how teamwork should be organized. The informal roles in the team are often distributed in a traditional way, similarly to the ways in which heterosexual couples often find themselves reproducing traditional roles in the home. One person is responsible for planning and organizing the couple’s life together, while the other person is responsible for more manual tasks.

The border teams often end up with a gendered division of labour that leads to irritation and dissatisfaction among the female soldiers, while they drift into a more traditional distribution of tasks based on their social competence.

The practice of putting together teams that consist of one woman and three men has been justified by arguing that more gender-balanced teams (i.e., two women and two men) can lead to conflicts that will reduce the quality of the security work. The leaders view the conflicts that arise in gender-balanced teams as being a result of the fact that putting two women together allows them to form alliances, which in turn forces the male soldiers to have to adjust. This leads to tensions, and the leaders are forced to intervene. With just one woman on each team, things are more balanced, and there are fewer conflicts.

The leaders say that they see it as their mission to build a team culture in which everyone has the same defined tasks and a shared goal. In this way, you can avoid creating gender stereotypes. “We don’t talk about gender, as this can both intensify and tone down conflicts. Instead, we choose to talk about personalities and capabilities”, they say. At the same time, they emphasize that “the social skills of female soldiers are instrumental in helping the teams gel”.

In other words, the leaders see that teams with only one female member create less tension, but this contradicts the Armed Forces goal of creating more gender balance and more female leaders. The leaders thus find themselves between a rock and a hard place. If they were to increase the number of women in each team, the female soldiers would have a better position. Yet this would also shift the balance of power, because having two women would make it easier for them to express frustrations regarding male roommates. This could for instance lead to clashes regarding cleanliness.

They also suggest that a female team leader would be watched very closely by their male counterparts. Many of the boys do not get as many positive comments from their superiors, as they often take tasks less seriously, or cut corners.

This far, but no farther?

Furthermore, it seems that there are limits as to how far one can go in pushing back against traditional male hegemony. The male soldiers often want to be in the majority, and they want to hold the leadership positions. Many of them want to create a homosocial, masculine environment, and the leaders seem to accept this.

Many female soldiers find “locker room talk” exclusionary, but they still say that they prefer rooming with three men. They say that having more women can make things too “girly”. Overall, the women are happy, even though they have to deal with jokes and sexual innuendo, and must adapt to the ways in which the male soldiers express themselves.

What is seen as funny by some, can be experienced as hurtful or as harassment by others. Yet the young women say that complaining does not help matters, as you are likely to be labelled as grumpy or a killjoy. Does this mean that women can only go so far in order to stay in gender-mixed teams, or is it because they are a minority and seem more flexible and willing to comply with male dominance?

The study of the Police

In our other study, we looked at police response personnel teams, examining experiences relating to gender composition in police patrol units.

This study has become known for its emphasis on sexual harassment and sexualized abuse of power. However, it is worth noting that this was not the original aim of the study. In fact, the goal was to find out why there were so few women at the “sharp end” of the police force, given that female officers now make up a significant share of the officers. It was in this context that we first discovered what was described as a “boy’s club”, a community of men that cultivated their own special interests and seldom allowed women any access.

After this, the stories about abuses of power started coming to the surface. We learned of male leaders and instructors who abused their position in order to initiate relationships with younger women who were in training or at the start of their careers. In addition to this, the culture demanded that you must be able to withstand rough, sexualized language if you wanted to be part of the community. These findings emerged in our case district, and we later heard similar reports from other regions.

Our study garnered a lot of media attention, and led to two separate work environment surveys, which had results that lined up with our findings. We also received several anonymous personal accounts about instances of abuse, an impression that is also confirmed by the work environment surveys. It therefore seems as though the Police may need to have a belated reckoning in relation to #metoo.

We conclude by pointing out that the problems that we have identified within the Police do not have a “quick fix”. Change involves coming to grips with an ingrained workplace culture. This is something that the Armed Forces have had to accept. We hope that our findings will provide a helpful basis for further efforts to improve gender equality and diversity in the Norwegian security forces.