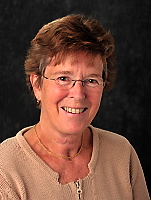 The research project Gendered citizenship in multicultural Europe: The impact of contemporary women’s movements FEMCIT, was funded by the European Commission. FEMCIT was a large scale, multi-disciplinary, cross-national feminist research project, Beatrice was Scientific Director of the project, and led a large international, collaborative team of researchers. Beatrice is one of the editors of the Palgrave Macmillan book series Citizenship, Gender and Diversity.

As a part of the project Beatrice edited Remaking Citizenship in Multicultural Europe: Women's Movements, Gender and Diversity (with Sasha Roseneil and Sevil Sümer; Palgrave Macmillan 2012) and she published: