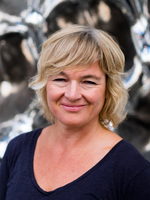 My research focuses on the modernization of the family and changes in gender relations, with a particular emphasis on what motivates moves towards greater gender equality. My last research project was a study of family cultures within the financial elites. Here, I was especially interested in finding out what lies behind the tendency towards more traditional gender relations in parts of the financial elite, given the emphasis on equality and the two income family elsewhere in the middle classes. I have also done research on how parenting practices vary in different social groups, and particularly changes in paternal practices.

I am currently working on the project Equality and Excellence in Sustainable Balance? Gender, Love and Desire for Knowledge in the Competitive University. This project focuses on how the increased marketization of academia affects the link between the desire for knowledge and investments in caring.

I have recently taught the following courses at STK: